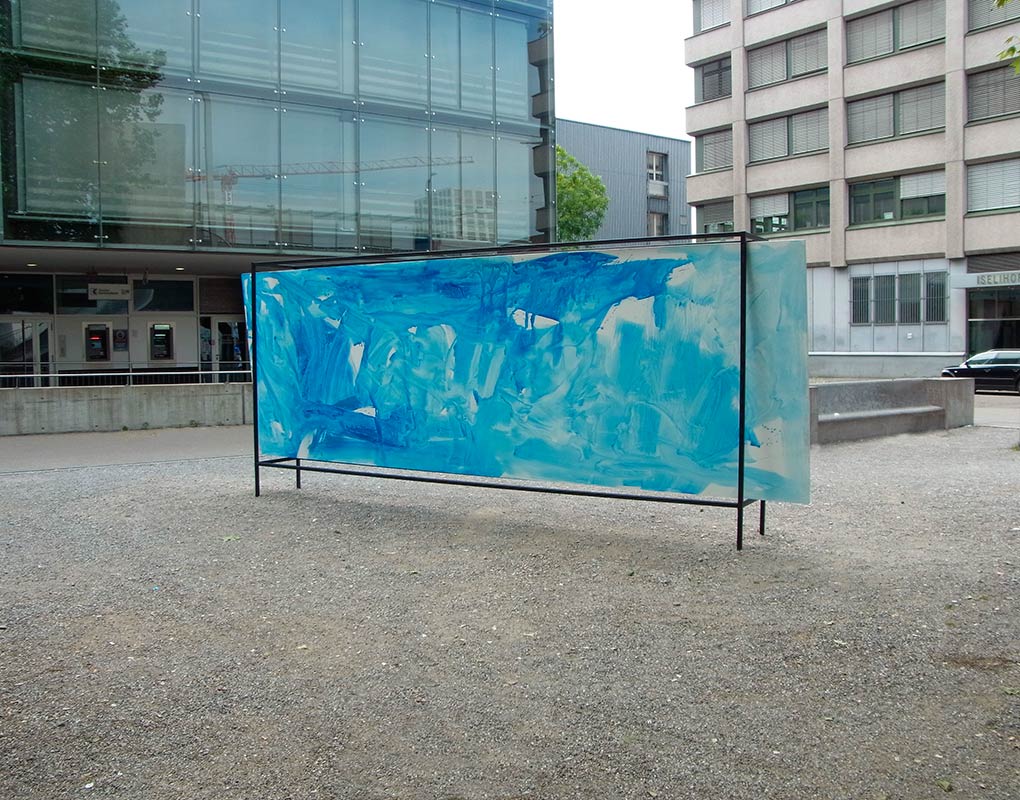 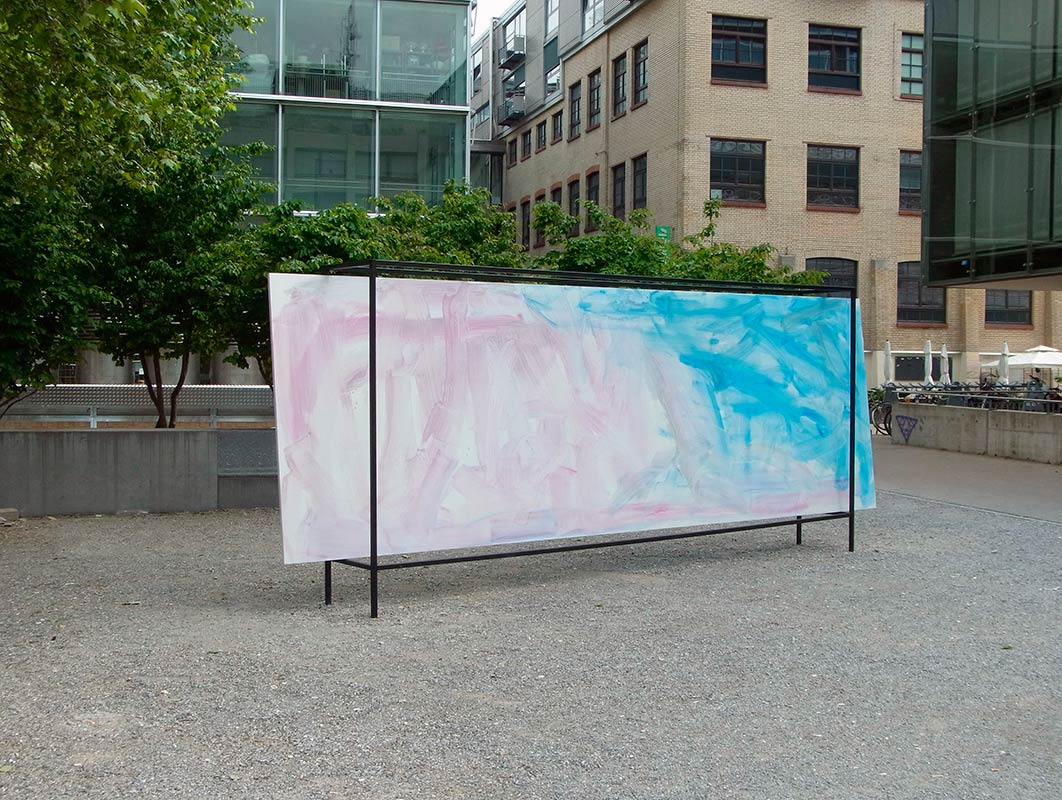 The public space is a wild bundle of surfaces and forms. With the work Array by David Keating (b. 1977, Australia), new lines and structures will spend the summer accom-panying the familiar appearance of the square Steinfelsplatz. The spatial context is an important starting point for the conception of this artist’s works. He wants to open up and divide a space, but not to take possession of it. Thus, the title also refers to the various possible configurations with regard to how things can find their place within the greater whole.

Keating’s way of working is based on an exploration of contrasting elements and their relationships. Earlier works, for instance, combined the organic falling forms of a rope with the strict geometry of metal braces. In Array also, two components meet, which seem contrary at first glance: a delicate steel construction and a large-format panel made of Corapan (a light high-tech building material) that appears to float between the long steel rods. This sculpture has strong horizontal tendencies, an impression that is additionally enhanced by the panel, which is painted on both sides in an abstract style, and which protrudes beyond the ends of the metal structure.

This construction’s form is reminiscent of a dysfunctional cabinet. Like a display case without glass panes, it constitutes the support for the contents, which have become somewhat too large. Is the rod construction now a means to an end, i.e. just the support of the supposed artwork, namely the abstract painted surface? What dependencies exist between the two? Can they exist without each other? Keating’s sculptures are always reduced to a minimum. For him, it is important to explore the limits of a material (such as steel) and to cancel out the physical qualities that it is known for (weight, strength and load-bearing capacity) via an impression of lightness. Corapan is an insulation material, which is surely never used in such an exposed manner as in Keating’s work, and which is given a certain weight as a result of the chosen dimensions.

Array is a sculpture and a painting at the same time; both are on an equal footing and contain a number of art-historical references, which Keating alludes to, so as to identify their boundaries and to make them collide. In his work, it becomes possible to experience painting spatially, there is no front or back, and it can be viewed without any need for a wall. For the observers, this gives rise to various possible ways in which to perceive material and space, and thus to discover a distinct configuration of Array.